Learn about the Blackmill Leadership Hub 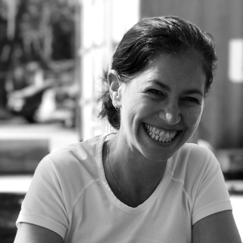 Elle is a developer with more than ten years experience writing Ruby and Rails. Before Blackmill, she was a Development Director in the New York City office of thoughtbot.

She believes in writing clean code, driven by automatic tests, with agile practices, an even work/life balance, and a respectful and inclusive team culture. She constantly works to improve her understanding of technologies, techniques, anti-patterns, and what is considered best practice. Her aim is to deliver clean, functional and user–friendly websites in an appropriate timeframe without wasting money or energy.

Elle has a passion for helping people learn to work better. She appreciates the value of strong communities. In 2014, she organised Rails Girls events in Sydney, RubyConfAU 2014, and was a member of the Ruby Australia committee. In 2015, she co-organised Gotham Ruby Conference (GORUCO) in New York City, and started a monthly work jelly for women in tech. In 2016, she co-organised Rails Camp USA East Coast in the Catskills, NY with Lachlan, and once again co-organised GORUCO X In 2018, she helped with the last GORUCO conference.

When she is not immersed in the Ruby community, she is probably immersed in water, or lately, in bread flour.

Elle's personal site is http://aemeredith.com and you can also find her on Twitter at @aemeredith. 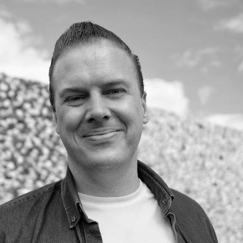 Lachlan went to Sydney’s first Ruby on Rails meet up in 2006 and has been an active member of the Australian Ruby community ever since. At various times, he has been an engineering manager, a Rubyist, an ecosystem strategist, a startup mentor, a full-time JavaScripter, an IPTV developer, a front-end developer, and a web standards professional. He is often some combination of all of those. He is also a habitual starter of community events, such as the long defunct industry demo night, Webjam; Australia's longest running startup meetup (probably), Silicon Beach Australia; and the only Sydney web industry social event held in a tequila bar, Friday at 4 (or most likely at 5).

He loves the attention to detail, efficiency, and quality that only a care for your craft can produce. If he offers you a cocktail, or a meal, expect the best he has learned to make, with a healthy dose of experimentation to keep on learning. 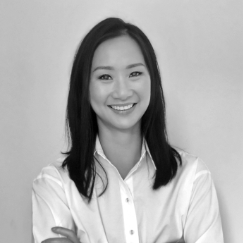 She is passionate about understanding and connecting people to promote growth and learning. She believes that in the digital age, this connectedness is best facilitated through elegant software, which should be managed within an effective holistic framework.

Sarah believes in creating a better world, and loves collaborating with values-driven people and organisations. She enjoys learning, the natural world, and teaching her daughters to become global citizens with a desire to give back to the community.

The story of a name

Choosing the right name for a company is always hard. And then people ask for the story. Here is ours:

In Sydney, at the western end of what is now known as the Anzac Bridge sits what looks like a huge abandoned factory. Due to the flat terrain of the waterfront and parklands, and the sweep of the bridge, its silhouette dominates the horizon as you approach the area. A literal black mill.

Lachlan has always been fascinated by it and began to dream about how he might be able to re-purpose the building and grounds as a modern technology and community space.

The building is actually the White Bay Power Station which ceased operation in 1983. The NSW government has also had ideas about a technology precinct on the site, but is having difficulties making progress.

Our Australian residents live on, and benefit from, the colonised lands of the Boon Wurrung and the Wurundjeri peoples. We acknowledge the Traditional Owners of these lands and recognise their enduring connection to land, waters, and culture. We pay our respects to their elders, past and present.

We are grateful we share this land today. We hold sorrow for the costs of that sharing, and we hope for a reconciliation to bring us to a state of equity, justice, and partnership together.