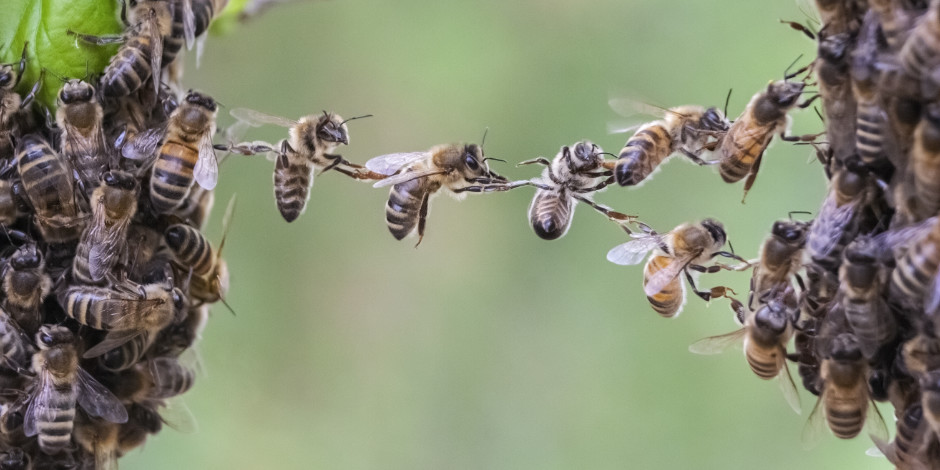 A good leader is someone who has a clear vision. Someone who is courageous enough to be vulnerable. Someone who has empathy, integrity, honesty, humility, and helps people reach their goals. A great leader is someone who does all the above and also leads inclusively with equity and diversity in mind. An inclusive leader manages a diverse group of people, and does so by respecting their uniqueness in an empathetic, bias-free way. They ensure that all team members feel that they are treated respectfully and fairly, are valued, and sense that they belong. These leaders actively seek and consider different views and perspectives to better inform their decisions. When a leader fosters a culture of inclusion and diversity, astonishing transformational outcomes are achieved. Research from Deloitte Insights shows that inclusive leadership directly enhances performance. Teams with inclusive leaders reported a 17% increase in team performance, 20% increase in high quality decision making, and a 29% increase in team collaboration. But the most important benefit of inclusive leadership is to earn trust. Trust is vital to successful relationship and leaders should grant it, but not assume they are trusted. They have to earn it, by providing safety, being honest and authentic role models, promoting two-way feedback, reducing unconscious bias, and advocating for those who cannot for themselves.

The most basic thing that you can do as a leader is to create an environment where team members feel safe to be themselves. Dr. Amy Edmondson defines psychological safety as, "a belief that one will not be punished or humiliated for speaking up with ideas, questions, concerns or mistakes." Harvard Business Review (HBR) has shared many studies that describe psychological safety as an important factor in high-performing teams. The teams who are most effective at problem solving share two common traits: cognitive diversity and psychological safety. Not only will psychological safety improve your team’s performance, but it can also boost team engagement. When employees feel that their contributions are appreciated they:

People need to feel safe at work so they are able to perform their best. Those who do not, especially those from under-represented groups, will leave the company or even the industry.

Be honest and authentic

Leaders need to be authentic and share personal stories first to make it easier for others to follow suit. It is always hard to share difficult news or provide constructive feedback. We tend to believe that delivering bad news will impact other people’s opinion of ourselves. But being honest, even during tough times, is something leaders need to learn how to do well. Whether the company has not met its goals, or you need to let a member of your team go, it is important to address the issue swiftly and directly. Leaders must embrace their difficult conversations instead of putting them off. This avoids gossip and speculation while reassuring the team where they stand. Team members are more likely to respect a leader who can talk openly about difficult situations, provide facts, and answer questions. In turn, this encourages team members to be honest about themselves and bring difficult topics to the table, whether with their manager or their peers.

Thinking of feedback, we often envision a leader or manager giving a performance review or providing feedback to their people. This one-way feedback discourages input from the team. It also decreases team engagement and employee morale.

A two-way feedback conversation happens when two people are open to converse and walk away with value. When done right, feedback is a gift for the person receiving it. Feedback is something that can impact people's life. When we understand that, we are more mindful about preparing to give feedback and intention behind it. When leaders are open to feedback, they increase trust levels within the team. Leaders can show openness by asking for feedback repeatedly. By establishing channels to encourage feedback from team members, leaders establish systems to support team engagement. Trust within the team makes it easier for team members to receive and reflect on feedback. So that no one should dread when it is performance reviews time.

The first step of reducing the impact unconscious biases have is making sure everyone is aware that they exist. “Awareness training is the first step to unraveling unconscious bias because it allows employees to recognise that everyone possesses them and to identify their own,” explains Francesca Gino, a professor at Harvard Business School. Then assess which biases are most likely to affect you and help managers and all team members learn how to identify and avoid unconscious bias in the workplace. For example, you could host a course, bring in an external speaker to educate the team, or identify events on the topic for team members to attend. You can also put together a list of resources such as books and podcasts, to help them better understand the issue. Encourage team members to speak up about biases and create a culture that encourages open dialogue. And finally hold team members accountable. Actions speak louder than words. It might be useful to pay attention when decisions might be influenced by unconscious biases, and consider whether you should intervene.

Finally great leaders can earn trust through sponsorship and advocacy. When championed by leaders, women or people from other under-represented group find their ceilings lifted and their career advancement accelerated. On the flip side, the sponsor also gains value from the relationship. HBR found that senior-level managers with a protégé are more likely to be promoted.

Generally, women are not given enough stretch assignments. Thus preventing them from reaching their full potential and landing top leadership roles. Stretch assignments are ones that you do not already know how to do. They are projects that take you out of your comfort zone to learn and grow. While men are 45% more likely to receive sponsorship because of pattern matching, as people tend to sponsor those who look like them. The 70/20/10 rule provides a guide on how people would typically advance in an organisation:

People from under-represented groups face systemic discrimination due to unconscious biases and biased policies that interferes with their professional potential. Leaders need to actively sponsor those who are not like themselves by:

Great leaders know that it is their job to level everyone up. They hold team members accountable for sponsoring others. Even junior team members can level up interns. Creating a high performing inclusive culture requires sponsorship that all are responsible for.

The trust that leaders place in those they lead allows both the leader and their followers to develop a culture of inclusion and diversity. They do so by providing a safe environment for people to be themselves, being honest and authentic, providing and receiving valuable feedback, reducing unconscious bias, and by sponsoring and advocating for people from under-represented groups. This process involves a series of conscious investments over time. Along the way leaders, like their followers, will make mistakes. An honest and caring approach will allow those mistakes to be overcome, and for a culture of inclusion and diversity to prosper.

Posted on November 18, 2022 by Sarah Tobin and Elle Meredith

We live on, and benefit from, the colonised lands of the Wurundjeri peoples. We acknowledge the Traditional Owners of these lands and recognise their enduring connection to land, waters, and culture. We pay our respects to their elders, past and present.